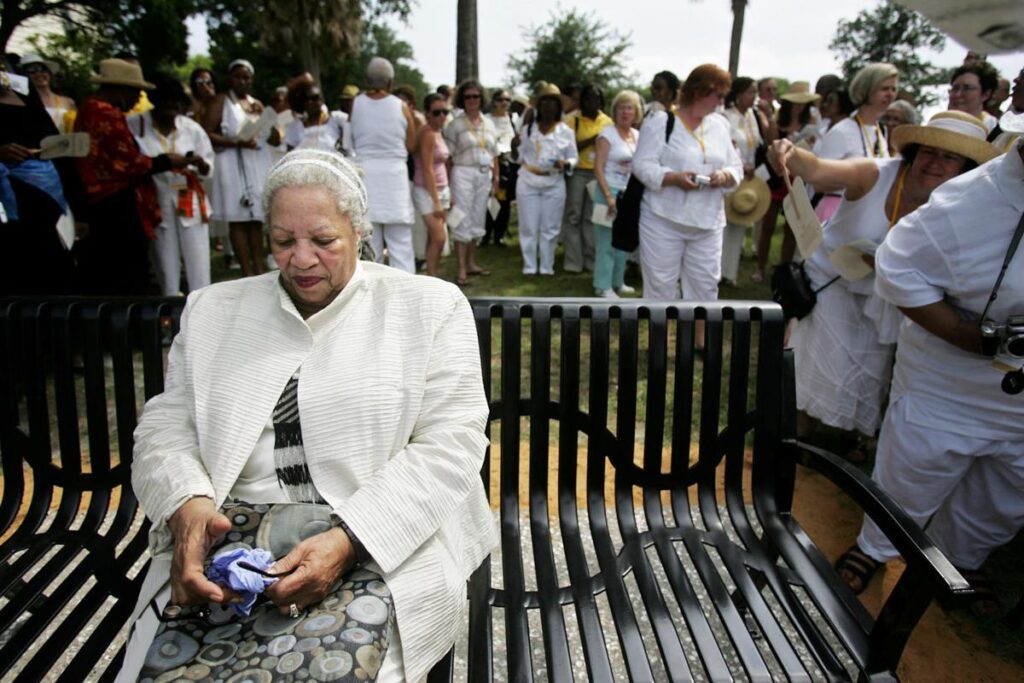 Although people often date the first arrival of enslaved Africans in the U.S. to 1619, when “20 and odd Negroes” arrived in the British colony of Virginia, actually enslaved Africans arrived almost 100 years earlier, in 1526, as part of a “Spanish expedition to establish an outpost on the North American coast in present-day South Carolina”. The leader of that expedition, Lucas Vasquez de Ayllon, a wealthy Spanish trader, died a month later, and in November of that same year, “ . . . Africans launched a rebellion . . . and effectively destroyed the Spanish settlers’ ability to sustain the settlement, which they abandoned a year later.”

After the Spanish then the French failed to successfully settle the region, originally called Carolana colony, King Charles granted a charter in 1665 to eight members of British nobilty, called the Lords Proprietor, who in 1670 established the first permanent settlement at Albemarle Point (moving the colony in 1680 to Charles Towne, now Charleston). After sending agents to Barbados to study the success of the sugar plantation system on the island, the Lords Proprietors recruited Europeans from that colony to establish the same system in Carolina. From the beginning, the English “launched a plantation economy that increasingly relied on enslaved African labor acquired through the trans-Atlantic slave trade.”

Because of limited land space and an opportunity to obtain wealth, other whites immigrating from Barbados settled the Charleston area in 1670, transporting captive Africans with them. According to Voyages: The Trans-Atlantic Slave Trade Database, from 1710 until 1808, eighty-one ocean crossings brought 132,267 captive African children, women, and men to Charleston. That number has been projected upward to at least 200,000. Eventually Africans in bondage and their descendants outnumbered the European-descended population. To manage the enslaved, “Black Codes,” which regulated all phases of Black life – assembly, worship, movement, inter-personal relations, punishment, and redress – were adopted. This prescribed system of laws supported a “slave society” and served as the national model. (It is important to note that in 1739, the Stono Rebellion near Charles Town, one of the earliest and largest rebellions in English North America, resulted in even more oppressive laws to control the enslaved.).

Between 1803 and 1807, historian Nicholas Butler, Ph.D., reports that “As many as 45,000 Africans arrived” in Charleston harbor; this increased number of captives was the direct result of the anticipated 1808 U.S. Constitutional ban on the importation of Africans. It is estimated that 40% of all captive Africans entered the U.S. mainland through Charleston harbor, making it the largest arrival port in the United States, and their introduction to the New World was a “brutal and traumatic experience. After surviving the Middle Passage, many then spent weeks in pest houses [pestilence houses] for disease quarantine, followed by sale at the hands of traders” from holding pens, “yards behind homes or stores,” and later at markets. The city of Charleston was built on that forced labor, and for nearly 200 years, it thrived under the growing economy that was a result of that labor. Those who did not remain in the area were sold to plantations in the South Carolina Low Country, the geographic southern region on the South Carolina Atlantic coast, to cultivate “rice or other cash crops such as indigo, and Sea Island cotton” or became part of the domestic trade, mostly sent to Georgia and East Florida. Other arrival ports in the colony were Beaufort, where African captives who disembarked there were distributed to plantations on nearby sea islands and coastal farms, as well as Sullivan’s Island, James Island, and Morris Island that served as Middle Passage quarantine locations.

South Carolina is recognized as instrumental in major efforts to maintain slavery by advocating for its protection in the creation of the Declaration of Independence and the Constitution, by promoting political compromises and national laws as territory expanded westward, and by initiating secession as the first state to leave the Union to form the Confederacy at the start of the Civil War. For the enslaved, freedom first came to Charleston in February of 1865, as a result of the Union invasion and occupation of the city then spread throughout the state.

Today, South Carolina has installed a marker at Sullivan’s Island. Beaufort, Charleston, James and Morris Islands are in discussion. Both Beaufort and Charleston have been designated a “Site of Memory” associated with the UNESCO Slave Route Project. Please follow this link to read more about South Carolina and slavery and find resources for additional information: https://www.sciway.net/afam/slavery/indexs.html