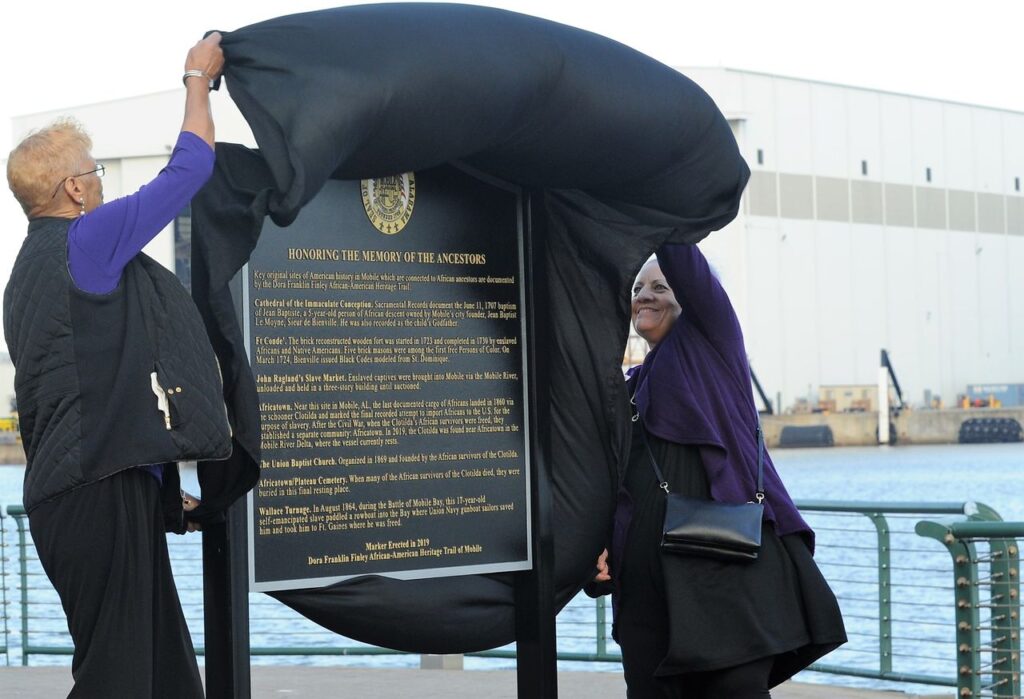 Every Wednesday, MPCPMP will highlight in alphabetical order the states where historic Middle Passage/UNESCO Site of Memory markers have been installed since we incorporated 9 years ago. MPCMP is/was involved in the planning for the installation of most of these markers (indicated by an * next to the state name), and other organizations are/were responsible for some.

This colony/state, originally claimed by the Spanish and French, was part of the western expansion from the Atlantic European settlements. From the territorial period in the early 19th century, Africans and their descendants were constant, primary suppliers of labor and skills and were instrumental to the development and growth of plantation agriculture. “By the antebellum period, Alabama had evolved into a slave society, which is characterized by the proliferation and defense of the institution that shaped much of the state’s economy, politics, and culture.”

In 2019, a Middle Passage/UNESCO marker was installed in Mobile to honor the lives of Africans and their descendants whose unpaid labor played a significant role in developing the colony/state. Africatown, AL, is planning to install its marker in August 2020. Please follow this link to read more about Alabama and slavery and find resources for additional information: http://www.encyclopediaofalabama.org/article/h-2369